The band formed in 1976 and initially consisted of Phil «Shonna» Rzonca on vocals, Dave Ryan on guitar, Daves cousin Robert Welch on bass guitar, and Phils brother Adam Rzonca on drums. The name Abrasive Wheels was inspired by Rzonca’s engineering apprenticeship, where signs stating «Danger! Abrasive Wheels!» were regularly seen. They made their first public appearance at a friend’s party in 1977, which was followed by a Rock Against Racism gig at Leeds Polytechnic.

They were given a support slot opening for the UK Subs in Bradford, after which Adam and Rob left the band, they made contact with Leeds-born drummer Martin Taylor who began to play drums with the band and went on to record a demo tape at September Sound studios in Huddersfield. Martin left the band after several appearances on the Slaughter and the Dogs tour support to pursue his own musical projects. At this time they employed the services of a mutual friend on Bass, eventually both were replaced by Mark Holmes and Dave Hawkridge. With this line-up the band recorded their first demo, and toured with Slaughter & the Dogs. After losing money trying to get a record released by a London label Dave and Rzonca financed their own EP, releasing it on their Abrasive Records label. Hawkridge and Holmes then left, to be replaced by «Harry» Harrison on bass and «Nev» Nevison on drums, both previously of The Urban Zones, this is considered by Rzonca to be the band’s first «proper» line-up. 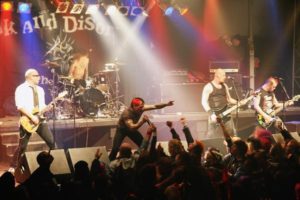 The EP was picked up by Red Rhino distribution and soon sold out of its 3000 pressing, reaching number 35 on the UK Indie Chart. The band then signed to Riot City Records and issued the Vicious Circle EP, which was followed by a re-release of their debut EP, both again indie hits. Their debut album, When the Punks Go Marching In, was released later in 1982. They then signed to Clay Records, and released a cover version of Elvis Presley’s «Jailhouse Rock». Their second album,> Black Leather Girl was released in March 1984, displaying a much slicker and glossier sound with vocal harmonies, but after a further single, the band split later that year after a lengthy international tour. 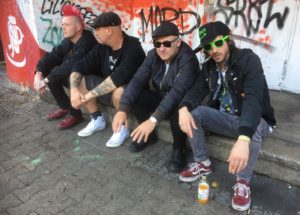 Rzonca worked as a taxi driver before opening pizza parlours in Leeds, and working on the local market. Rzonca formed a new version of the band in 2002, with Dave, Harry and Nev, and Steve Popplewell on second guitar. Dave, Harry and Nev left after several gigs. A new album was written and recorded during this brief time but has never been released. Rzonca and Popplewell continued, recruiting Eden, Chris, and Skruff. A new album, Skum, was released in 2009.

Abrasive Wheels — 1982 — When the Punks Go Marching In 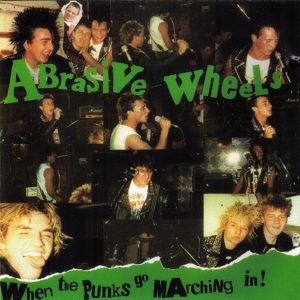 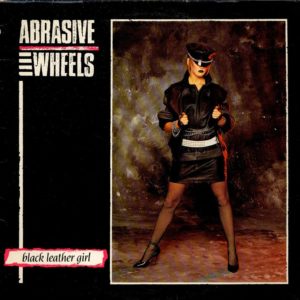 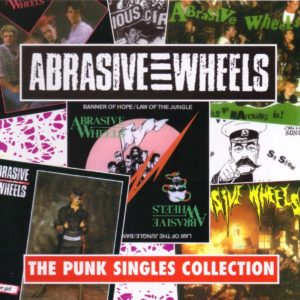 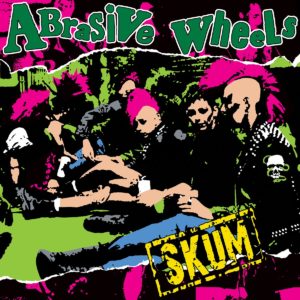