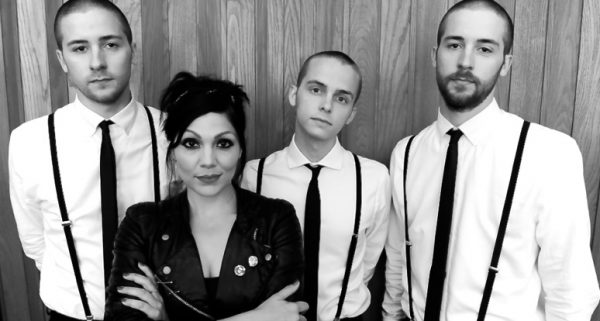 The three Bivona brothers met Aimee Allen, a solo artist at the time, in 2009 while touring with their band Telacasters supporting The Dirty Heads and Sugar Ray. In 2011, Aimee and Kevin started writing songs together and brought Kevin’s brothers, twins Jesse and Justin, in to play drums and bass. That led to the four forming The Interrupters. Kevin Bivona and Aimee Allen married in 2013 on a ceremony conducted by Mark McGrath, the lead vocalist of Sugar Ray.

The band got an early start, touring with bands such as Rancid, The Transplants, Devil’s Brigade, and Left Alone; as well as playing the American music festival Riot Fest in Chicago and Denver, and the Canadian music festival Amnesia Rockfest, all before the release of their first record. They were frequently involved with Tim Armstrong’s Tim Timebomb and Friends project, which saw the online-release of a song a day for an entire year. They were also members of the touring group. The first single released was the song «Liberty», followed shortly thereafter by the song «Family», which features a guest vocal by Tim Armstrong and was previously released through the Tim Timebomb and Friends project. Both singles were released as limited edition 7″s through Pirates Press Records.