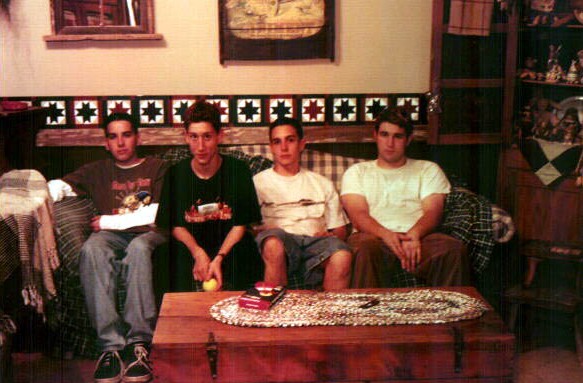 Crash 81 was formed in the summer of ’95 back when they were a three man band and were called «The Serfs». The members then, consisted of Jeff Hazen on guitar and vocals, Daniel Hawkins on bass and backing vocals, and B.J. Hoskins on drums. They were The Serfs for about a year and then in the fall of ’96, because of too much arguing between Daniel and B.J., the band was kind of on a hiatus for the moment. Daniel and Jeff got back together about 2-3 weeks later and decided to look for a new drummer and also renamed the band Crash 81 (no, it doesn’t mean anything, they just thought it sounded cool). Many drummers came and went, but none seemed to work out. Then Daniel and Jeff booked a show but didn’t have a drummer and they only had a month to practice till the show.

They found a drummer named Sam who was a local drummer and drummed for a band called Mr. Yuck in the Houston area. They ended up learning all the songs needed for the show, and played the show on March 22, 1997. Since Sam was just a fill-in drummer, Crash 81 still needed to find someone to permanently fill the position. Jeff and Daniel were left without a drummer once again. Then in late April, Jeff and Daniel regrouped with B.J. and the band was back and complete once again. Practice was going well and everyone was getting along fine. Then in May of ’97, in order to have a more complete and better sound and to take the pressure off Jeff a little, Crash 81 got a second guitar player named Greg Griesser. Greg was a longtime friend of the band and had helped the band out a lot in the past, including practicing with them sometimes and lending the band his practice space. Then in January of ’98, B.J. left the band. Crash 81 was glad to get his fatass out of the band, inadequate drumming is not something to be tolerated in Crash 81, no sir…..neither are psychotic nervous breakdowns, but we won’t delve into that. They then got Jeff Jones (J.J.) who sung for the local hardcore band, Finer Truth to play drums for them.

Crash 81 eventually got their crap together and put together a decent little recording, a 10 song tape entitled, «Having Fun At Other People’s Expense», which they quickly sold all 200 copies in a matter of months. In January of 2000, they finally released their long awaited debut CD, «Gutterchump Days», which helped them get more serious about their music. They approved this by embarking on a 3 week long tour in June of 2000. J.J. quit the band in August of 2000. In, October 2000, the band recruited big stud, Aaron Denton of No Preservatives fame to play drums for the band. They then released their long awaited «As The World Burns» EP in June 2001 and jumped on the ARA Tour across Texas with Link 80. 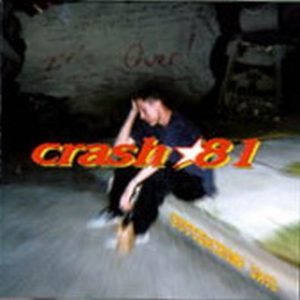 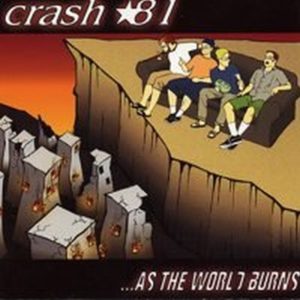