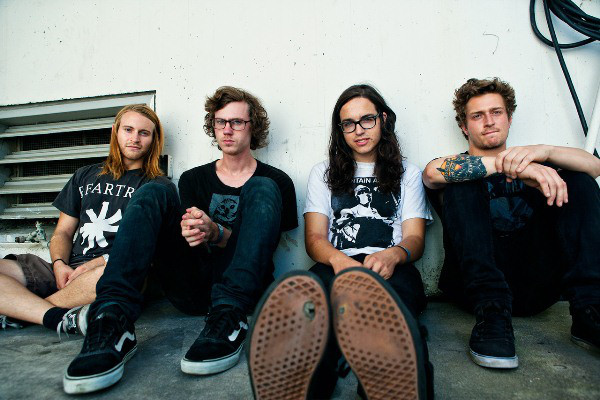 A lot has happened in the last three years since Xerxes’ debut LP, Our Home is a Deathbed, both in the contemporary hardcore scene and in the band’s personal lives. On Collision Blonde, Calvin Philley vocally delivers feelings on an album he hopes “touches an aggressive place that I’m not comfortable with. I want it to hurt. I want it to be hard to listen to.» Philley comes across as a frantic mess about the last few years of reaching the heralded young age of 21 in his hometown of Louisville, Kentucky.

The band’s sophomore full length is backed by guitarist Will Allard, bassist Joseph Goode and drummer Ben Sears (who also plays alongside Allard in Whips/Chains). With a new line-up and some years removed from their young, violent hardcore days, Collision Blonde’s instrumental prowess sounds less like their elder contemporaries and more a cleaner tone reminiscent of Jesus and Mary Chain and The Cure, yet sharp and uneasy in the vein of Bauhaus’ early gothic post-punk edge. Tracks like “Knife” and the closing “Nosedive” are aggressively built up into a cathartic release, alluding to Ceremony and mewithoutYou at times.

The band took a couple of weeks, held up in Allard’s basement studio in late March, to record with fellow musician and friend Evan Weiss (You Blew It!, The Jazz June) who helped produce the album. While the music may allude to a heavier dream pop sound, it’s still very much a hardcore record reminiscent of Dischord’s blends of punk and harmony. Collision Blonde is a lyrical wreck that’s driven by love, drugs, depression and waking up in a cold sweat wondering «What’s next for me?» on a consistent basis. It’s thoughtfully countered with a harmonic jangle of reverb, delay and hooks, as Xerxes has created their most polarizing work to date. 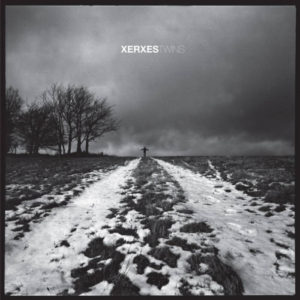 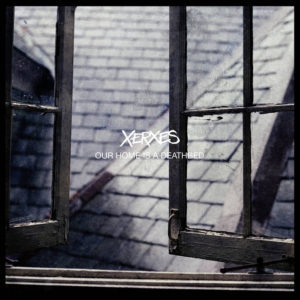 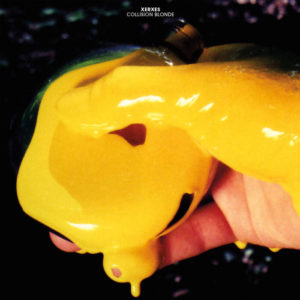