Back in late 2011, founding members and long time friends Jessy, Max, Chris and Sam made their first noises with Fullcount. The main purpose was to keep this band as a part time friendly gathering to play music all together. At this time, the motto was: «No cds, no t-shirts!» as a statement/inside joke to keep the band to its most basic form and different from their own previous bands. Of course, that promise didn’t last long.
After a handful of songs were written, they recorded a 5 songs self-titled EP which made its way on the web in 2012. Sam left in the middle of the process and was soon replaced by Bruno. A serie of concerts and a first videoclip for the song «Out of Time» followed that release, earning attention from the local punk rock community. Jp then made his addition to the band. Fullcount then went from a quartet to a quintet.
Along with ongoing live performances and song writing, 2013 was marked with the departure of Bruno and the arrival of P-O. Fullcount also opened for Nofx at Envol & Macadam festival the same year which became a significant milestone in the band’s history.
Fullcount then released its debut album «Concessions & Compromises» on June 3rd 2014 which made unexpected breakthrough and earned the appreciation from a larger audience. A videoclip for «Thin and Loud» followed up in support to C&C. The five piece also toured in many european countries on the summer of 2015 and played a few gigs and festivals back in their homeland.
The following years, songwriting became the band’s main focus in order to release new material to succeed to C&C. Various songs structures slowly took shape for what would become Fullcount’s most accurate and dedicated sound. «Part of the Game» soon rang out and felt like the most coherent title binding the songs and the vibe together. The long awaited sophomore album will be released on October 12th 2018. 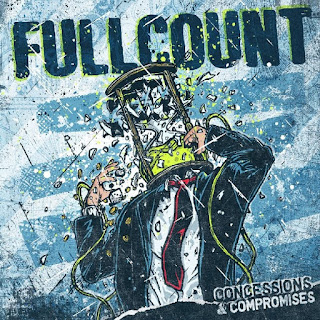 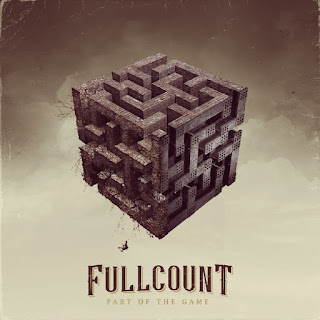