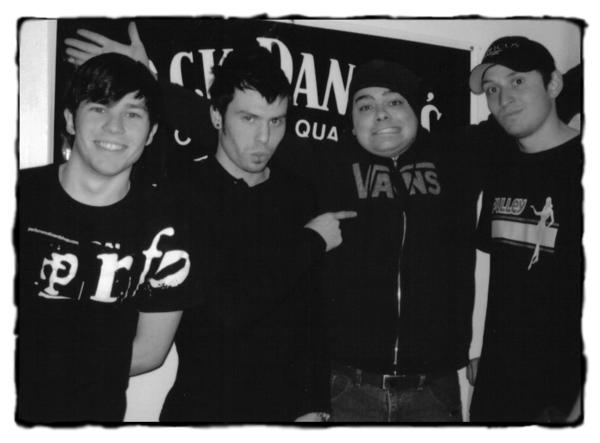 In March of 2000, when the guys of D7 decided to step outside local boundries, and take the band to a higher level, only a handful of people took them seriously. But while all the other kids in town were out playing hockey, or skateboarding, the guys were in the practice room, working out the rest of their lives. This all started when they played their first show in Ottawa with Sweden’s very own Randy (Burning Heart Records) on April 6th. Unfortunately, the show went pretty much unnoticed, and despite Randy being one of the greatest live acts, only 30 people at max came out.
It wasn’t until July 2000, that people actually started to clue in on what was shaping before them. The guys were invited down on a trip to Pennsylvania for a couple of shows with good friends Us Against Them (ottawa). Eyebrows were raised. Then, between August and December, they played a great number of shows around the area, especially building a name for themselves in Ottawa. On November 21st, they landed a show in Ottawa with the Satanic Surfers and Layaway plan. On December 7th, they left again for Pennsylvania, this time alone, where they met up with Bigwig and The Overdrives for two shows. It was the most inspiring trip for the band ever, and back home, peoples attention was turning towards them more and more. It was only a matter of weeks upon returning from Pennsylvania, when the band caught the eyes of Lameass Recordz, a label based out of Calgary, Alberta. Immediately, plans were being sketched for D7 to venture across Canada to meet up with the label in Calgary. And so, on March 9th 2001, they played a hometown Tour Kick-Off show and left for Calgary, playing shows along the way. It was cramped and smelly, but worth every last mile. In June D7 bought their first tour van. A big brown ’86 chevy gas guzzler, known around town as the shit box. In September, they packed the van and headed down to Burlington, Ontario, where they had two days of recording time booked at The Music Gym (Grade, Jersey, Finger 11). They recorded two songs: «East River Revolution», and «Tragedy». «East River…» was exclusively recorded for the LameAss Recordz comp «Punk Chunks 2,» which was released on March 1st 2002 and is selling like mad all around the world. Tragedy was recorded as a demo, but was re recorded for the album «Another Last Chance» however with the new name of «Restart.»
In March 2002, they headed back to The Music Gym. This time it was for a period of three weeks, where they literally lived out of their Van and slept outside the studio every night in -20 degree weather. In the end it was all worth it because a dozen tracks were recorded perfectly for their debut release on Lameass Recordz. The album, «Another Last Chance» is scheduled for a release date of May 7th 2002. Following the release, District 7 will be embarking on a complete tour of North America to support the new record. Throughout the tour they will be hitting up all of Canada, as well as all of the 2002 Vans Warped Tour. 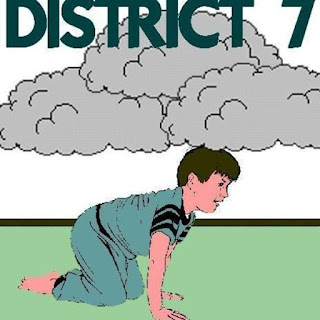 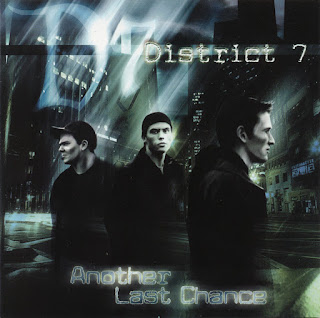 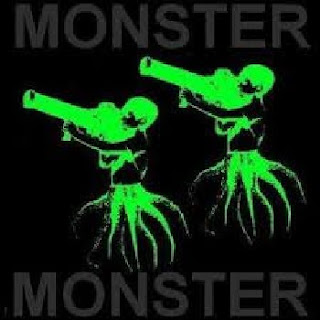