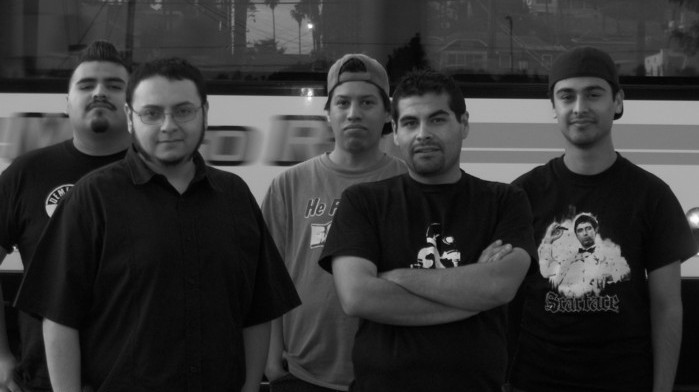 Third String has a pretty good idea about what good punk rock is and they try their best to play it. Third String will probably never be on the cover of Spin, Alternative Press, or Rolling Stone and they’re kinda pissed that if their music were to be released on cassette, 8-track or vinyl record, it wouldn’t sell ’cause most people these days are a bit too young for that but that’s fine. People have said that Third String sounds like your basic skate punk band, but at the same time, there’s a bit of an emo type approach to the vocals, kinda like if the guy from the Get Up Kids was singing for Pennywise.