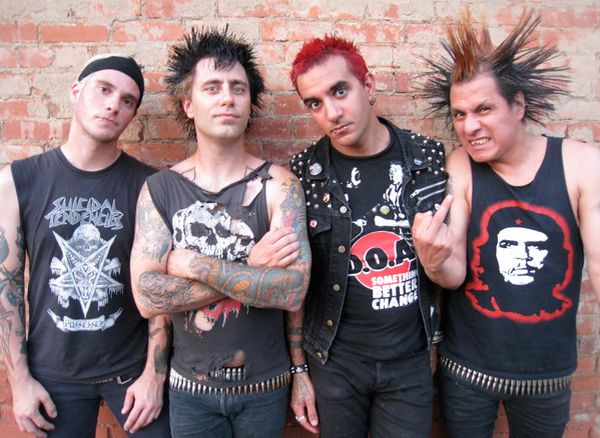 The Casualties were formed in 1990, with original members Jorge Herrera (vocals), Hank (guitar), Colin Wolf (vocals), Mark Yoshitomi (bass) and Yureesh Hooker (drums). The members aimed to return to what they viewed as the «golden era» of street punk, embodied by bands such as The Exploited and Charged GBH, which they believed had disappeared by 1985. During the early years, the lineup was fluid, with several changes. In early 1991, Hank left the band and was replaced by Fred Backus on guitar to record Political Sin in March 1991 for the Benefit for Beer compilation. Soon more changes were in the works, with new guitarist Fred heading off to school. C Squat’s Scott temporarily filled Fred’s shoes until he returned a short time later. During this period, guitarist Hank filled in for a couple of shows, and Steve Distraught also played briefly with the group on second guitar. 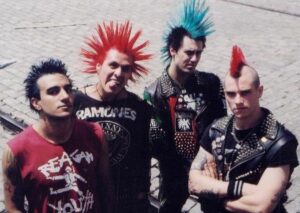 The Casualties stabilized long enough to record their first demo in the fall of 1991, and the “40 Oz Casualty” EP in the spring of 1992, and was building up a fan base in their hometown of New York City. At the end of 1992, Mark and Fred left the band and were replaced by Mike Roberts on bass and Jake Kolatis on the guitar, followed by the departure of Yureesh and Colin in 1994, to be replaced on drums by Shawn, while the band went down to a single vocalist. 1994 saw the recording of the four-song EP, Drinking Is Our Way of Life; however, it would not be released. The songs would later appear on the Casualties «The Early Years: 1990-1995» album in 1999. In 1995, the band’s second release, the four-track A Fuckin’ Way of Life EP was released on Eyeball Records. After recording A Fuckin’ Way of Life, Shawn left the band, and Marc Eggers (nicknamed Meggers) of the Rivits became the regular drummer. The line-up of Jorge, Jake, Mike and Meggers continued until 1997. 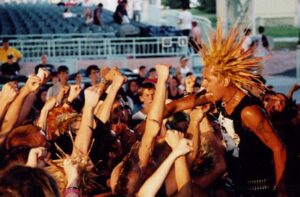 In 1996 the Casualties became the first American band to appear at the «Holidays in the Sun» Festival in London. 1997 saw the release of the band’s debut album For the Punx on Tribal War Records, and the band embarked on its first American tour with The Varukers. Mike (the bassist) left the band in 1998, to be replaced with Johnny Rosado, from The Krays. They released their second LP that year, Underground Army, and began a world tour. Jon left the band during the European leg of the tour, to be temporarily replaced by Dave Punk Core. After the world tour, Dave would be replaced by Rick Lopez from the band Manix. The line-up was now solidified for the band, and would continue to the present day. The end of the millennium, 1999, saw the band produce a compilation album, Early Years 1990–1995, which included tracks which appeared on earlier EPs, as well as never before released songs, such as the four songs they had recorded on the never released EP Drinking Is Our Way of Life back in 1994. 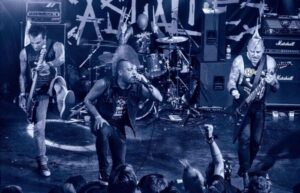 The 2000s have seen the band to continue to tour and produce albums (an album list can be seen below). They have toured with several other bands, such as The Exploited, GBH, Cockney Rejects, Slaughter & the Dogs, and the English Dogs. In December 2009, The Casualties toured alongside Hatebreed, The Acacia Strain, Crowbar, and Thy Will Be Done as part of the Stillborn Fest. In the summer of 2012, The Casualties co-headlined the Tonight We Unite tour along with Nekromantix, where they played For the Punx in its entirety, the first time they had played the album through since its release in 1997. Later that year, The Casualties released their new album titled Resistance through Season of Mist. In 2013, The Casualties played at the largest punk rock festival in the world, the Rebellion Festival in Blackpool, England, where they shared the stage with The Exploited, Special Duties, Chron Gen and Anti-Establishment, and others. 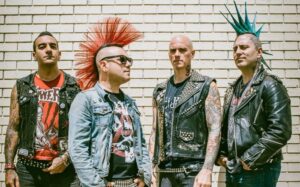 In the second quarter of 2017, Herrera retired from touring and recording with the band after being accused of multiple incidents of rape and sexual assault of a 16 year old minor. While no longer associating with The Casualties, there have been no incidents to indicate that there is any bad blood between Herrera and the remaining or current members of The Casualties. Frontman of The Krum Bums, David Rodriguez officially replaced Herrera, changing the band’s line-up for the first time in 19 years. Guitarist Jake Kolatis and drummer Meggers are the two remaining long term members of the band, along with the band’s bassist since 1999, Rick Lopez. 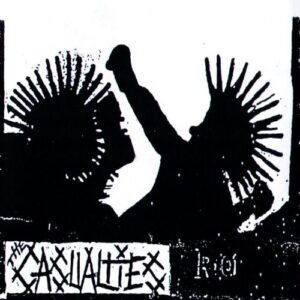 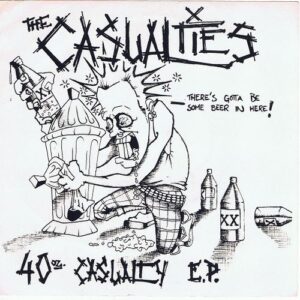 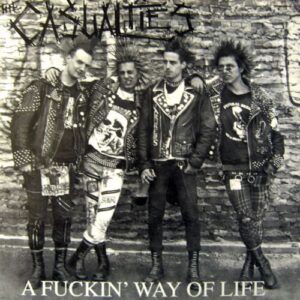 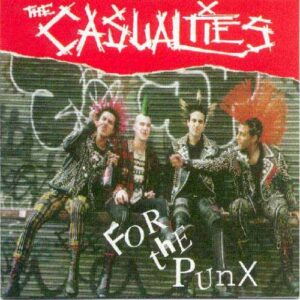 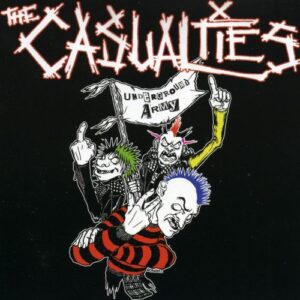 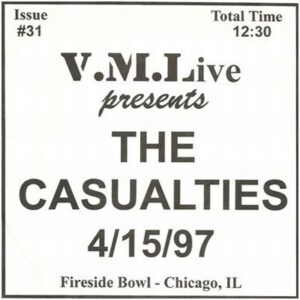 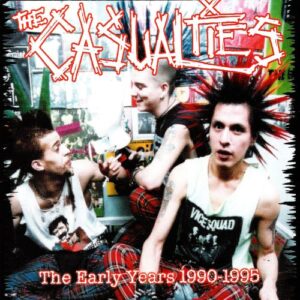 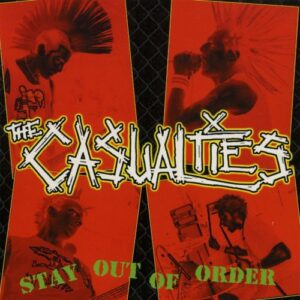 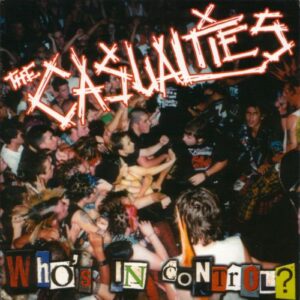 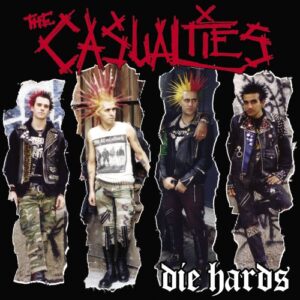 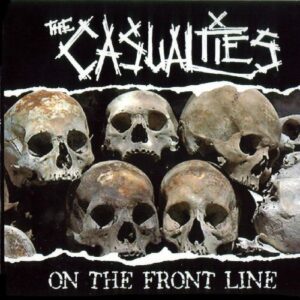 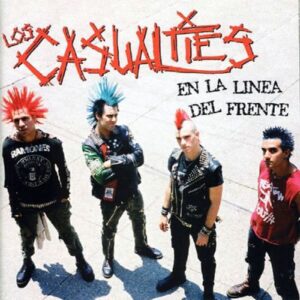 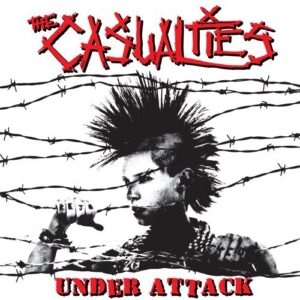 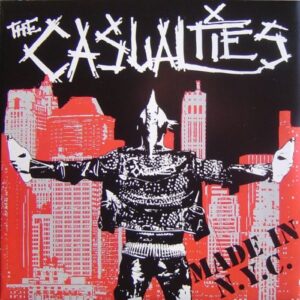 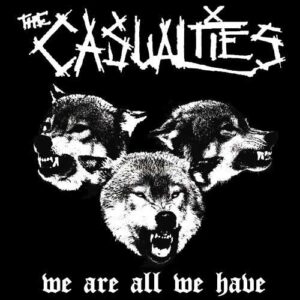 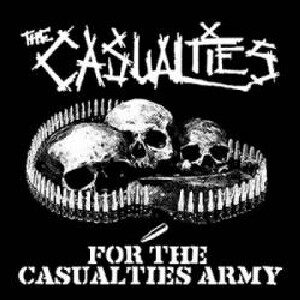 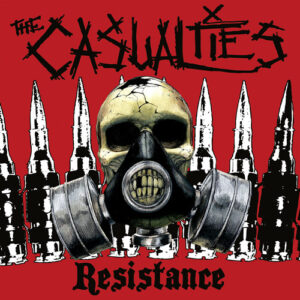 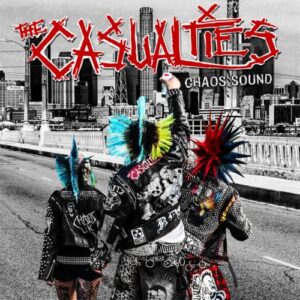 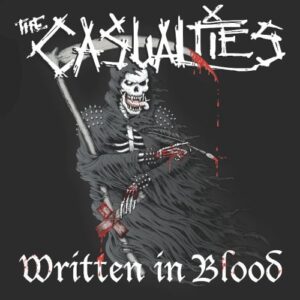 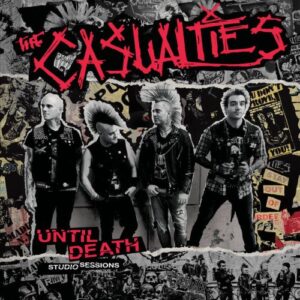