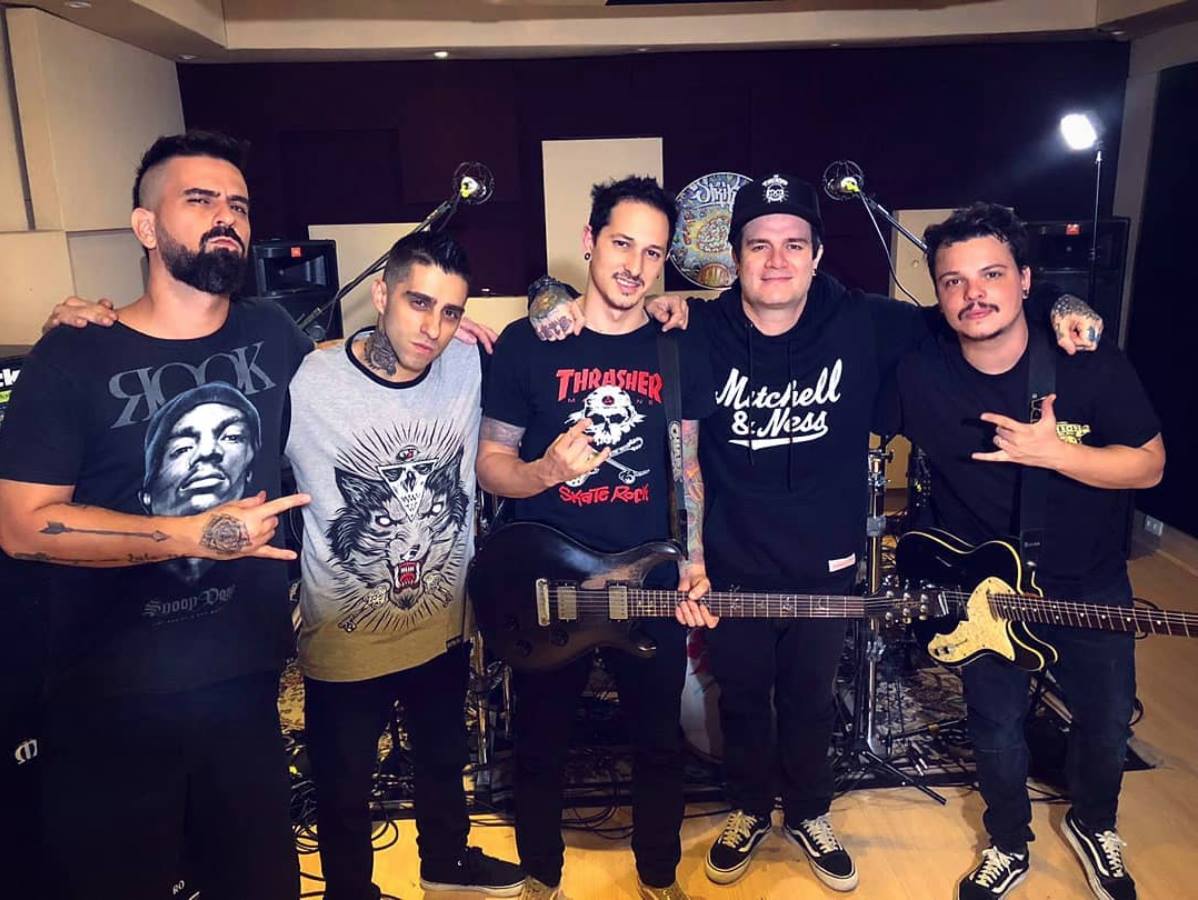 The band was formed in 2003, at the John XXIII Application College, in the city of Juiz de Fora, Minas Gerais. With influences of Blink-182, New Found Glory, The Ataris among others, the group began to play in some points of the city and little by little they were attracting attention of the public. Standing out for its solid training allied to an original and mature sound without losing the young spirit of total fun and entertainment of punk rock. The intention at the beginning was only to publicize his style by making presentations on the local circuit performing old and current rock classics such as The Beatles and The Clash and international pop in electric versions using new styles of clothing.
With daily executions in the radio City FM 100,1 and great focus of the regional media, matters in newspapers and TV, the band appeared in all the nightclubs of Juiz de Fora and others of the region, as much in solo shows as in thematic parties , the band formatted an audience that always appears in great numbers in the shows, being a great differential. With the help of the internet to publicize their work, the band’s songs began to be successful in various places in the country and in 2007 they went to Rio de Janeiro to record the first album entitled Deviation of Conduct.
====================
Genre: Pop Punk / Rock
Quality: 320 kbps
Country: Brazil, Juiz De Fora
Size: 381 mb
Facebook: https://www.facebook.com/BandaStrike
====================
Strike — 2007 — Desvio De Conduta
Strike — 2010 — Hiperativo
Strike — 2012 — Nova Aurora
Strike — 2015 — Collab
Strike — 2018 — Fenix (EP)
====================
Download
If you want to support our site, buy a premium on Turbobit