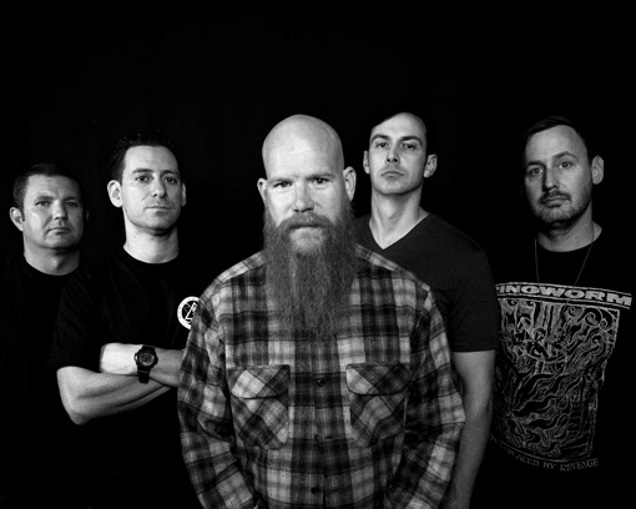 Strife is a hardcore band from Los Angeles, California. Their first LP, One Truth, was released in 1994 by Victory Records to both critical acclaim and tremendous sales. At the time, their speed-metal style of hardcore was considered revolutionary, and their message of Straight Edge activism and positive life style was a refreshing contrast to the typical music popular at the time. Strife was considered one of the three «Big» bands on the then-new Victory Records label, sharing that title with Hardcore legends Earth Crisis and Snapcase. Strife released their sophomore album, In This Defiance in 1997. This album was also well regarded by the Straight Edge/Hardcore community. It was also notable for the guest appearances, with Chino Moreno of Deftones, Dino Cazares of Fear Factory and Igor Cavalera of Sepultura all taking turns on the album. Two years later, Strife broke up, citing creative differences and exhaustion. Victory Records released Truth Through Defiance, a compilation of live tracks and previously unreleased material. In 2001, Strife reformed and released Angermeans. No longer Straight Edge, this album was considered by the band to be a more mature and focused continuation of In This Defiance.
Fast forward to 2012, and Strife is back in the studio to create their newest album, Witness A Rebirth. After touring throughout the world in recent years, STRIFE decided it was time to unleash a new batch of songs and break their 11 years streak of recording silence. The groundwork for what would become their newest album, Witness A Rebirth, had been laid and their collective efforts began down the road to realization.
With producer Nick Jett (Terror, Rotting Out, Backtrack) at the helm, Strife recruited friend and previous collaborator Iggor Cavalera (founding member of Sepultura) to perform drums for the album and traveled to Brazil to start the recording process with him.
Soon after, they returned to California and put the rest of the pieces into place, including guest vocals by Billy Graziadei (of Biohazard) and Scott Vogel (of Terror), plus a guitar solo by Marc Rizzo (of Soulfly). The result serves as a testament to their talent, bridging their past (especially the highly acclaimed album “In This Defiance,” with which this album shares 4/5 of the members) with a more contemporary hardcore sound. Witness A Rebirth is at once both refreshing and evocative.
====================
Strife — 1994 — My Fire Burns On (EP)
Strife — 1994 — One Truth
Strife — 1997 — In This Defiance
Strife — 1999 — Truth Throught Defiance
Strife — 2002 — Angermeans
Strife — 2012 — Witness A Rebirth
====================
Band: Strife
Genre: Hardcore Punk
Quality: 192-320 kbps
Country: USA, Los Angeles
Size: 313 mb
====================
Discogs: https://www.discogs.com/artist/461816-Strife
Facebook: https://www.facebook.com/Strifelosangeles
Download
Punk RockUSAPop PunkHardcore PunkGermanySkate PunkStreet PunkOi! PunkHardcoreEnglandCanadaSka-PunkSpainMelodic HardcoreRockRussiaMetalcorePunk 77ItalyCeltic PunkPost-HardcoreFranceJapanBrazilAustraliaSwedenSkaEmo PunkMexicoPost-PunkReggaeArgentinaNetherlandsAlternativeCrust PunksXeFinlandAcousticHorror PunkBelgiumAustriaAnarcho PunkCrossoverChileSwitzerlandIndie RockSkacorePolandRocksteadyNorwayIndonesiaCompilationPsychobillyColombiaWalesFastcoreCzech RepublicSerbiaScotlandThrash MetalInternationalPeruHungarySouth Korea