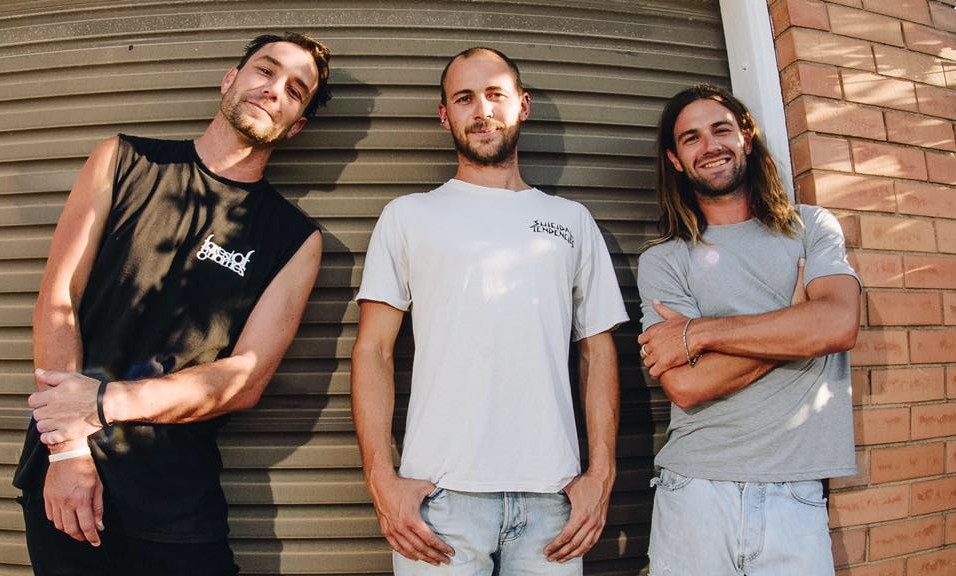 The Lizards 3 piece thrash punk band out of Adelaide. Born out of the simple pleasure of 3 mates playing music, rocking out and having fun and nothing has changed to this day. The boys started the band with the vision of creating fast, hard and positive music with a theme based around the lifestyle and experiences the boys endure on a daily basis and these themes also endure.
Formed in 2011 with 4 releases under their belt, the infamous debut EP “Pure Filth”, their first album “Frill Seeker”, second album “Future Life” and with the release of their 3rd album «Moonstone» The Lizards are firing on all cylinders. Their latest release shows the continuing growth the band has shown throughout their career and displays a new level of song writing and musicianship.

With a sound reminiscent of some of the most legendary punk and thrash bands throughout the ages, the band has generated its own sound while building upon their influences from the likes of Pennywise, Suicidal Tendencies, Anthrax and Frenzal Rhomb to name a few. The Lizards have forged a formidable reputation as being a highly energetic, explosive live act winning over fans from all genres.
The band has made a name for themselves around Adelaide, putting on tight rocking sets playing their own headlining shows while supporting some of their biggest influences from all around the globe including Pennywise, Guttermouth, Suicidal Tendencies, Ten Foot Pole, No Fun At All, The Meanies, Unwritten Law, The Bronx, Marky Ramone, Cosmic Psychos, Frenzal Rhomb, A Wilhelm Scream, Strung Out and Hard Ons.
Look out for The Lizards if loud, fast, thrash punk rock music is your cup of tea, served with a healthy dose of adrenaline and positivity straight to the source.
====================
Genre: Punk Rock / Skate Punk
Quality: VBR-320 kbps
Country: Australia, Adelaide
Size: 211 mb
Bandcamp: https://thelizards1.bandcamp.com
Facebook: https://www.facebook.com/Thelizardsadelaide
====================
Lizards — 2013 — Frill Seeker
Lizards — 2015 — Future Life
Lizards — 2018 — Moonstone
====================