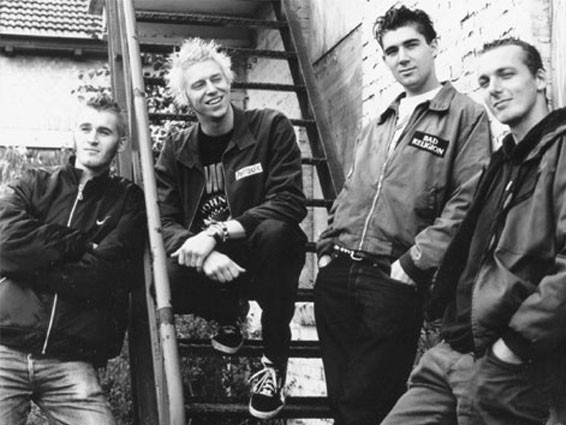 Beans was formed in February 1996, they started out as a cover band. Covering songs from Operation Ivy, Rancid and Choking Victim to hone their musical skills which were then basically non-existent (Sander and Ronald had picked up the guitar just a few months earlier). After a year their bassplayer left the band due to a lack of motivation. So Ronald, Sander en Bikkel decided to go on with just the three of them. They were still covering their all time favourites and never expected to leave the practice room to do a show. But someone asked them to play a show for some people he knew. For this show he needed a name to be put on the flyer. In a hurry Sander, Bikkel and Ronald decided to call their band ‘Beans’. After that they played some more Beans shows and people started to recognize the name. So they were stuck with the name. Two weeks before this first show, Blok told them that he would love to play the bassguitar in their band. Blok had never played the bassguitar before. Blok never left.
After three years of playing shows they decided to record their first full length album ‘weapons of the weak’. They recorded it in two days. All their friends liked the album so much that they decided to send a copy of it to a large dutch metal/punk/hardcore magazine just for fun. Onno cromag (a reviewer for the magazine and something of a Hardcore/punk guru) recieved it. After hearing it he gave the band a phonecall, because he was shocked about the high quality of the album. He had also called his friend Laurens, founder of the Belgian hardcore/punk label I-Scream Records and let him hear some songs via the telephone. He immediately offered them a deal to release two BEANS albums. They recorded the second album ‘C’mon, Get it on!!!’ in february 2000.
A year after ‘Weapons of the weak’, again 16 songs, again Menno Bakker. It took two and a half day to record ‘C’mon’. After this release things started to take off and they went on to play more and more shows, some of them with major bands like Dropkick Murphys, U.S. Bombs Oxymoron and Bombshell Rocks among others. In the spring of 2001 their friends from ANTIDOTE asked them to go on a european tour with them, which, of course, they did. Their third CD ‘SO IT GOES’ was recorded at the end of september 2001, again by Menno Bakker, but due to unexpected delay it didn’t hit the shelves until june 2002. The band hit the road again when the record came out and did a small, self-booked european tour. What the new record may further bring the band only time can tell. 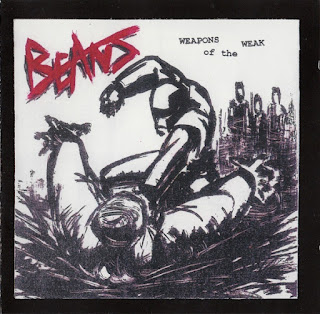 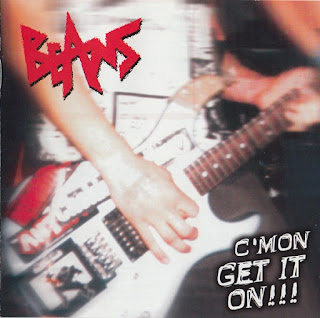 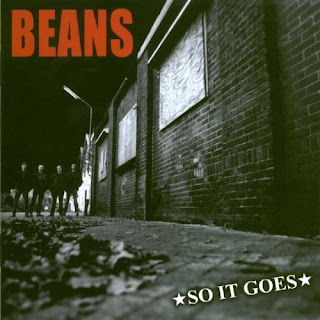 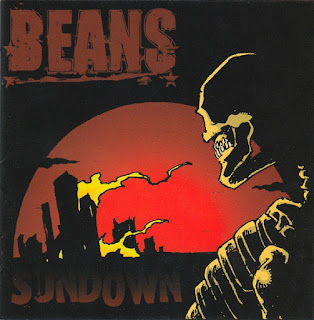